It is difficult to picture the symbols of Athena without noting her constant avian companion the Athene noctua, or Little Owl. The Little Owl is sometimes seen as an aspect of Athena herself, and historians relate how Greek generals would keep a tame owl to release amid a heated battle in order to encourage his troops that Athena was with them.

In western culture the owl is interpreted as a symbol of wisdom. Scholars debate if this is due to the owl's fixed human-like gaze, or its ancient associations with Athena. But, which came first, the owl-as-wisdom-goddess or Athena herself, who came to be associated with owls?

Goddess figures with characteristics similar to Athena have existed since before recorded history. Marija Gimbutas traces veneration of the owl as a goddess, among other birds, to the culture of the Pre Indo-Europeans (PIE). From Sumeria comes the Burney Relief, dated around 1750 BCE, depicting a helmeted Goddess flanked by owls. Unfortunately, we can only guess at the significance of these icons, and cannot therefore conclude that they have any direct association to a Goddess of Wisdom.

So how did Athena become associated with the Little Owl? One clue lies in the ancient proverb "bringing owls to Athens". Although many scholars state that the "owls" of Athens were its famous tetradrachms. These silver coins depicted Athena's profile of the face, and her Little Owl with an olive branch on the reverse. Presumably, because Athens minted these coins themselves, there was little need to bring more silver to the city.

A more ancient interpretation of the proverb points to the significance of the first Parthenon, built by Xerxes I. One of the noted features of this early temple to Athena were its lofty rafters. In these rafters nested many generations of Athene noctua. The Athenians took this as a sign that Athena was present in the temple, and the birds were welcome there. Therefore, it was foolish to "bring owls to Athens", as they were already famous for their flock on the Acropolis.

Did the owls of the Parthenon influence the symbolism of Athena so much that she became forever associated with the Little Owl, or was the association already present before the building of the old Parthenon, so that the birds were simply seen as Athena's blessing?

Could it be a bit of both? One of Athena's most famous epitaphs is Athena Glaukopis, which is gleaming, silver, or gray-eyed Athena. Glaux itself means owl, so that even her name "A-Thea-na Glaux-Kopis" can be read "Holy Lady with Owl Eyes". Very early images of Athena sometimes depict her with bird wings in the place of the Aegis. Nike, often called Athena Nike, another of Athena's epitaphs, retained her wings into recorded history. Could these wings point to an early connection to the owl? Are they vestiges of the PIE owl Goddess?

When looking to Athena's association with the Gorgons, Monstropedia points out:

"The large eyes of the Gorgon, as well as Athena's flashing eyes, are a symbol Gimbutas termed "the divine eyes", appearing also in Athena's bird, the owl. They can be represented by spirals, wheels, concentric circles, and other ways. They radiate the sun's rays and weep the spring rains. Snakes also possess the eyes. The fangs of the gorgoneion are snakes' fangs. Snakes are a symbol of propitiation and increase. The round face is the moon. Sometimes gorgoneia are endowed with birds' feet or bee wings, more symbols of regeneration. The mouth is open so that streams may flow from it. The lolling tongue is a symbol of death. It cannot be said that these motifs belong exclusively to the European Neolithic and not to the Indo-Europeans. They appear among the Celts and Germans] as well. The Balts kept snakes as household pets. As Gimbutas points out, masks with staring eyes are portrayed in Paleolithic cave art. Very likely, the goddess precedes any Indo-European/non-Indo-European distinction."

Owl eyes, snakes, (as on the Aegis and found throughout PIE art) bees, fresh streams of water, the moon, the labrys, the olive tree... Athena's ancient symbols are varied and point to a strong connection to an indigenous PIE Goddess figure.
Posted by Natalie at 4:16 PM 2 comments:

Back to the Blogging Board

The other day I was reading my boss's blog, and enjoying it thoroughly, when I realized it hadn't been updated since July of 2009. I thought, "I should really encourage her to get back to writing in her blog" when the irony of the fact I haven't been keeping up with my own blog hit me. When I asked her about her abandoned webspace she defended herself with "Oh, I just don't have anything to write about." Which I promise you is not true. Even if the library wasn't going through a complete overhaul of our cataloging and circulation system (which we are) the day-today workings of a public library leave ample room for all manner of interesting anecdotes. I appreciated her sentiment, though. I, too, have not written recently for what I deemed lack of subject matter. I haven't done anything new/groundbreaking/vaguely interesting to anyone with Athena worship in a while, and, with the season of the Witch upon us, I've been poking around in Cochrane's letters and wishing I had the gumption to actually follow the Spiral Castle Tradition full time. 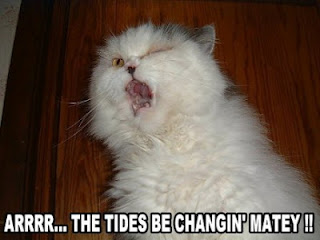 What is the Spiral Castle Tradition, you ask? Gentle reader, allow me to introduce you to a Tradition of Witchcraft in the 1734/Clan of Tubal Cain mold that Laurelei and I created whole hog from immersing ourselves in the Robert Cochrane letters and Graves' seminal The White Goddess. It is a ecstatic mystery tradition with legitimate roots in British Traditional Witchcraft. It is a three-degree initiatory tradition, although we make no claims of succession to anyone, apostolic, or otherwise. Our calendar is based on the eight festival cycle, along side a lunar calendar related to tree-months and totemic animal cycles. The central Deities of the tradition are the Red God: Tubal Cain, and two Goddesses, the White and the Black. Note 7/18/2011: We're blogging about it here.

Is anyone actually a part of this oh-so-nifty tradition? Well, sort of. I mean, if you count myself and Laurelei. I currently practice the tradition when it suits me, along with the Athenian festival calendar (when it pertains directly to Athena) and Thelemic practices including Liber Resh vel Helios and the Star Ruby (because who doesn't love using Greek in ceremonial magick?). So , yeah, my spiritual practices have been very *ahem* eclectic as of late. This is in addition to my loose studies in Goddess/feminist spirituality such as the Women's Goddess Retreat. I just can't seem to focus on one thing, which is probably why, although I am filled with good intentions to mentor to the local occult community, the student have thus far not appeared.

I have grand plans for all of these irons in the fire. I've started three different books, but none of them are anywhere near completion. The first, Under Her Aegis, is my attempt at a guide to the modern worship of Athena. The next is an untitled book on Thelemic Witchcraft. I can hear you laughing, but really, Gardnerian Wicca owes a huge debt to Crowley, and the promulgation of Thelema in the New Aeon has found its most vital medium in NeoPaganism. The systems compliment each other very well. The third work is a monstrosity I fear I will never finish. It is my attempt to distill my collected knowledge of Witchcraft into a single book. I see it as my Great Work, and, because of that, I wonder if it is even meant to be completed. It is more than a simple Book of Shadows. On my best days I see it as a greatly expanded volume in the spirit of Huson's classic Mastering Witchcraft.

All of this, and I still intend to go back to library school. I have always had lofty aspirations -- a good trait in an occultist.

Life is not all coven-planning and writing the next great treatise on Witchcraft. I fret over seeing my family for Thanksgiving later this week. I worry about our Yuletide gift-giving budget. I go to work happily and hope that the forthcoming new catalog and circulation system will run well and smoothly.

And, hopefully, I continue to blog. :)
Posted by Natalie at 9:28 PM No comments: